Coalition Against Terrorism and Extremism (CATE) has called on the Senate leadership to strip Senator Ali Ndume of his role as Chairman Committee on Army over his recent flawed remarks aimed to plant terror in the heart of Nigerians.

The group said at a press conference in Abuja on Thursday that it is a “dangerous situation where a known terrorist supporter is now posturing as an expert in security matters”.

In a statement signed by National Coordinator, Comrade Gabriel Onoja, CATE revealed that the Borno South lawmaker is exploiting this sensitive position to the advantage of Boko Haram terrorists.

Mr Ndume, once linked to the radical Islamic sect, had claimed that 847 soldiers were killed by the group – a statement that has since backfired.

In order to avoid such gaffes in the future, CATE advised the Senate leadership to stop playing politics with the lives of innocent Nigerians as well as jeopardizing the amiable effort of the gallant troops on the frontline and replace Ndume.

Mr Onoja added that the lawmaker should be assigned any other committee in which he can’t directly manipulate or offer tactical support to terrorists.

The Coalition Against Terrorism and Extremism (CATE) has followed with interest the claims by the Chairman, Senate Committee on Army, Senator Ali Ndume, as they pertain to the ongoing war against terrorism in the north-east of the country.

For us, it is a tragedy that Senator Ndume unfortunately seems to have locus to speak on the matter being the Senator representing Borno South senatorial district and even more worryingly is political horse trading that landed him oversight over an institution as sensitive and crucial to national security as the Nigerian Army. The combination of these factors have created a dangerous situation where a known terrorist supporter is now posturing as an expert in security matters.

Sadly for Nigeria and dangerously for the people of Borno state and the entire north-east, Senator Ndume appears to be exploiting this sensitive position to the advantage of Boko Haram terrorists. He has deployed his position of influence to sow terror in the hearts of the people by making claims that could only be intended to make Boko Haram terrorists appear like the superior side in the battle between the forces of good and evil.

It is on record that Ndume is yet to open up on his involvement in the kidnap of Chibok girls and Dapchi girls so that Nigerians can appreciate the full extent of his involvement. We have credible information that this Senator continue sponsor Boko Haram terrorist group and supports their activities.

This is why Senator Ndume could cook up his own statistics that claimed that 847 soldiers have died fighting Boko Haram. He even stooped to the low ebb of regurgitating the claims by pro-Boko Haram foreign NGOs and media circuits that had claimed that they saw unmarked graves and mass graves holding the remains of the military casualties that he had dreamt up.

Beyond speaking to advance the interests of Boko Haram terrorists, the other intents of the senator became apparent upon a deeper analysis of his recent showmanship. His claim that one percent military budget showed lack of seriousness to fight insurgency made him appeared as someone that has the interest of the people’s security at heart but the reverse is the case. Rather than seeing the plight of a people suffering the repercussions of his sponsorship of terrorism, what the senator sees is a business opportunity. Rather than genuinely canvassing for the army to be appropriately equipped, he is keen on lining his own pocket.

Senator Ndume’ interest in asking for improved funding for the Army is driven by an interest to get his cut of the money that would be so allocated for fighting terrorism, which he plans to achieve by leveraging his position as Senate Committee Chairman on Army. He is so desperate to do this that he did not mind lying about the military casualty from the operations against Boko Haram. He is so beclouded by greed that he gave no thought to how his utterances are helping the terrorists to sow fear in the land.

This did not however come as a surprise to us in CATE considering that he is currently on trial for sponsoring terrorism. We now know that not even this trial has done enough to discourage him from continuing to be the grand merchant of death by doing those very things that strengthen Boko Haram terrorists. This latest confirmation that he continues to work for these terrorists is unacceptable and we believe that it is something that the entire country must unite and rise up against.

For this we hold the All Progressives Congress (APC) leadership of the Senate responsible for. It is the party that made the mistake of given him a position as sensitive as the Chairman Senate Committee on Army in a bid to pacify him for losing out on becoming the Senate President, a position he lost because the responsible ones among his peers know that no sane country makes a terrorist supporter its third most powerful citizen.

CATE is therefore demanding that the Senate leadership without delay removes Senator Ali Ndume as Chairman of the Committee on Army based on the reality that he is exploiting the position to the detriment of the nation. The Senate is welcome to assign him any other such committee that he cannot manipulate to offer tactical support to terrorists.

Even if the Senate leadership, out of political expediency, decides to leave Senator Ndume in this sensitive post, it is our expectation that he will find it in him to seek the honour that is not found among terrorist supporters by voluntarily recusing himself from leading the Senate Committee on Army and requesting an assignment that does not conflict with his extracurricular dalliance with terrorists and child kidnappers. 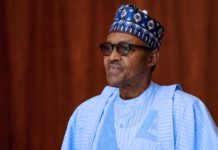 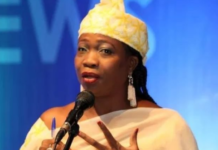 Office Complex- We Have Moved On, And Put The Office Saga Behind Us- NIDCOM

January 30, 2018
We use cookies to ensure that we give you the best experience on our website. If you continue to use this site we will assume that you are happy with it.Ok