The Vice President, Prof Yemi Osinbajo, has said that All Progressive Congress (APC) would do better in 2023 than it did at the 2019 general elections.

Osinbajo, who expressed the optimism in Abuja after receiving the Situation Room Report presented by the Presidential Support Committee (PSC), assured that the leadership of the party would carefully study its content and use same to review performance and plan ahead for subsequent elections.

The vice president, who was represented by the party national legal adviser, Babatunde Ogala, said the report would give insight into observed problems, particularly why it performed below expectations in some areas.

Earlier, the PSC chairman, Engineer Ozi-Raji Williams, said the report would also serve as evidence that could be tendered at the Supreme Court in defence of the re-election of President Muhammadu Buhari.

“History has it that most times, when a thing is credible, fair, in most cases, such results are not welcomed, so we decided to go into monitoring and evaluation and the situation room to ensure that at the time judgment is pronounced and the opposition party says this is not right.

“We have something to present, and say by what we presented, these are facts in the field across the states and as such, nobody contends with proofs especially when the evidence are beyond facts.” 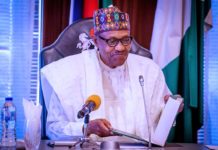 September 26, 2018
We use cookies to ensure that we give you the best experience on our website. If you continue to use this site we will assume that you are happy with it.Ok