Barely 72 hours after President Muhammadu Buhari asked Fulani herdsmen in the South to ignore the call by northern elders asking them to return to the North, the Miyetti Allah Kautal Hore, the umbrella body for Fulani herdsmen in the country, has asked its members to defend themselves against any ethnic militia group in the country, saying herders should exercise their rights to free movement as Nigerians.

The National Secretary of the group, Saleh Alhassan, in a telephone interview with one of our correspondents on Thursday, also said that governors in the southern part of the country would be held responsible if any of their members was attacked.

The South-East Governors Forum, through its Director-General, Prof Simon Ortuanya, had recently warned that movement of cattle into the zone by foot would no longer be allowed except through trucks to specific cow markets to avoid the incessant clashes between herders and farmers.

The position of the governors was echoed by the Ohanaeze Youth Council worldwide a few days ago when it warned herdsmen to stop moving around bushes and farmlands across the South-East.

But, speaking on Thursday, Alhassan said herdsmen would remain where they were and that governors of the respective states would be held responsible should anything happen to their members.

He said, “We are Nigerians and we have a history. Anybody that thinks he can wake up and take on the Fulani pastoralist is making a grievous mistake; we are well prepared to defend our fundamental human rights of movement in this country.

“They (herdsmen) are Nigerians, so they are entitled to stay where they are. They should remain where they are and defend themselves against ethnic militia and assert their citizenship in this country.

“The only thing we would say is that we will hold all the governors of those states responsible for their safety and security, but if any ethnic militia, by any name, attacks our members, they should defend themselves in a manner that nobody would try such again.

“We have been saying it that people behind insecurity are not herders; bandits are behind these killings, and if the government is saying foreigners have infiltrated the herders, have they been arrested and what is their nationality? Anybody that is trying to destabilise this country should be dealt with.”

Speaking further on the call by some northern groups that they should vacate the southern part of the country, Alhassan said, “Those so-called northern youths called coalition of northern groups should note that if because of their action any herder is killed, we will first look for them before we go after our enemies.

“We are Nigerians and we are not going anywhere. Our attachment to the land is opportunistic; we don’t farm the land. So, if anybody is thinking that because he has cultivated the land in a particular place for long and he has rights there more than us, then we would ask where is the grazing area that the colonial masters created for us?

“Politicians can play their politics but they should leave our people out of it because it is the desperate politicians that are causing this confusion and they are looking for anything to hang on to, but we are watching them critically.

“If you threaten the herders, they react; they cannot be used for any political game because we have our way of defending ourselves. We hate injustice and we fight it. Anybody that thinks we can be squeezed is making a mistake.”

Asked the solution to the persistent clashes between herders and their host communities, he said grazing reserves that were carved out before the country’s independence should be developed to serve their purposes.

“When we begin to discuss the Nigeria question, we would ask where the grazing reserves are because we know them and we have the records of where they are,” he added.

But, in their separate responses, the Ohanaeze, OPC and Ijaw Youth Counciln said Miyetti Allah was testing the patience of the various ethnic militia groups. 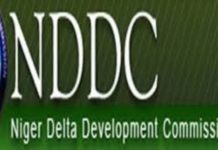 Corruption in Buhari Presidency, APC, Responsible For Poverty In Nigeria –...

Magu Must Answer For Alleged Violations, Victimization and Stealing

September 10, 2018
We use cookies to ensure that we give you the best experience on our website. If you continue to use this site we will assume that you are happy with it.Ok