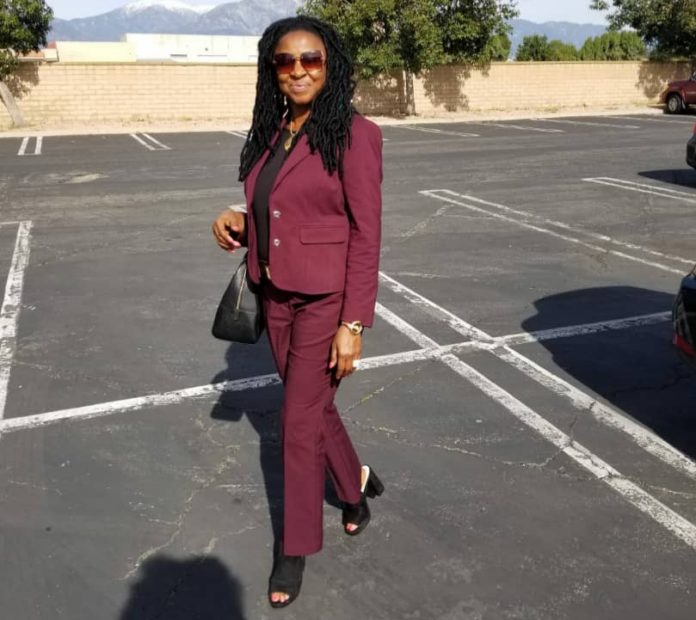 Dr. Justina Obi, is a quintessential representation of womanhood with a desire to serve humanity in all spheres. a quality. She demonstrated excellence at early age when she scored all As’ in advanced level examination in London at Holborn Law tutors in 1983 and graduated from the University of London before she proceeded to the Nigerian Law School where she obtained a Bachelor of Law in 1987. She hails from Umuihi in Ihitte- Uboma local government area of Imo state.

After graduating from the Nigerian Law School, she proceeded to Northwestern California University school of Law where she acquired a doctorate in Judicial Science (Ph.D.) International Law. Her urge to garner more knowledge with her penchant to serve humanity took her further to the University of Phoenix-Graduate Studies for Advanced Nursing Practice (MSN-FNP). Her foray into different fields of human endeavor paid off with licenses in healthcare as a professional Registered Nurse from Florida and California and, as an Assisted Living Administrator .

In this interview with our correspondent, Ejike Omenazu, Dr. Justina Obi, Executive Director of Diaspora Integration and Rehabilitation Centre and the Global Women Coordinator of All Nigerian Nationals in the Diaspora, Houston, Texas spoke on various issues affecting Nigeria, ranging from politics, health and foreign perception and especially; her home state, Imo where a new governor has been elected. Excerpts below:

Well, the whole world is amazed with the incessant security issues such as killings and kidnappings going on currently in the country It is as if the Nigeria we all knew and cherished to return to one day to serve our fatherland is no more in existence! Away from that, Nigerians who are legitimately plying their trades abroad are well respected in their various areas of specialization. Nigerians in the Diaspora are contributing immensely to the growth and development of their host countries in various sectors. there is no doubt the best will be obtainable.

The few migrants that engage in unscrupulous behavior in the diaspora cannot and should not be the yardstick to measure the pedigree of the majority of us in the diaspora. There are notable Nigerians with great minds and highly successful across the globe that the foreign media don’t talk about. Generally, the perception of our foreign friends have been that of skepticism due to the unfortunate news of constant insecurity and corruption in the country.
I
MO STATE
Imo state in the past eight years experienced unprecedented, gross neglect, a nightmare! to say the least. The outgoing governor of the state out of ignorance transformed the state into a family affair that made the State a mockery. The state became a laughing stock to the rest of the world. The change the people of the state was promised became a mirage! Statutes that has no economic or moral value became the order of the day, infrastructural and human development was relegated to the background for mediocrity. The state was reduced to ’hand-pickism’ and ‘’familytocracy’’. We are hoping that the incoming administration would learn from the inadequacies of his predecessors and reinstate the lost glory of the State and the citizens will be proud of being Imolites once again.

My advice to the new governor is to embrace brain gain and not brain drain. The professionals from Imo state in the diaspora, if well harnessed will add value in moving the state forward. The skills, experience and international best practices garnered by these Diasporas when blended with the exceptional skills and experience of professionals in the homestead cannot be underestimated. This is why I believe to reposition Imo state under the incoming administration, the services of men and women who have excelled in their various fields of human endeavor abroad is needed. The job at hand must be a collective effort as Imo state has been subjected to ridicule and maladministration in the last decades!.

Insecurity in one state is insecurity in the neighboring state. It is an infectious problem that if not nipped in the bud as a matter of urgency, will spread to the other parts of the country. As it is today, the issue of insecurity in Nigeria from what we read and see on television daily has gone worse! Nigeria, apart from being tagged the poverty capital of the world has turned into an unsafe zone where bandits terrorize the people at will.
The Boko Haram insurgency in some parts of Northern Nigeria has defied any solution. It is as if there are no security apparatus put in place to protect the people any more. However, Imo state is relatively calm but the carry over effect of insecurity in other states of the federation should be given adequate attention to maintain the peace of Imolites.

The tense political situation in Nigeria which arose as a result of the just concluded general elections is very unfortunate. One would have thought that INEC would improve on the gains of the past after receiving such humungous funding to execute the general elections.

I have decided to watch from afar the political situation in the country for now and will only participate if it becomes necessary because of my personal desire to serve my people. Not until some of our so called leaders have a reorientation and continue to refresh their political understanding in line with what is obtainable in the global stage, Nigeria would remain in a vicious cycle. I believe it is time to stop the recycling of our political leaders in order to give credence to the younger generation of Nigerians who are well focused and in tune with global best practices. Nigeria must confront its devils to conquer it, you cannot run from your demons, we must find ways to define ourselves and not allow others to define us .You cannot continue on the same pathway for decades and expect a different result.

As I said earlier, our leaders need total reorientation. We have always condemned Nigerians to this old school of endemic corruption! Well, I disagree with you on the basis of my experience with some of our political leaders who preach this same sermon of kill corruption before it kills us, but in the real sense of it are the first culprit. Before you can raise your head and echo Nigerians are corrupt mantra of every government in power you must first of all do a moral and mental check of yourself to see if you are a part and parcel of the rot. Corruption has eating deep into the fabrics of our society that urgent steps must be taken to establish institutions to curb this endemic virus. Human beings don’t fight corruption laws, rules and policies fight corruption.

Incompetent leadership with no vision or moral springboard and political will to pursue positive objective and sincerity of purpose breeds corruption. It is only when our leaders that can be counted as belonging to the school of thought that encourages and rewards labour before success that we will rise again. Excuses that bring result, determination does. 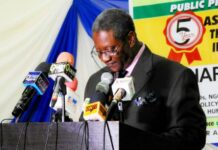 ﻿Security is for all but not everyone’s business 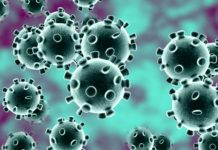 February 13, 2018
We use cookies to ensure that we give you the best experience on our website. If you continue to use this site we will assume that you are happy with it.Ok