Alhaji Hassana Shekarau, Chairman, House Committee on Pension, said that the Federal Government has released N54 billion to National Pension Commission (pencom) for the payment of the 33 per cent pension’s arrears to pensioners.

Shekarau made this known on Tuesday at the official inauguration of the Nigeria Union of Pensioners House in Abuja.

He said that President Muhammadu Buhari had constituted a presidential committee to reconcile the pension figures and that job had been concluded.

According to him, the president has sent a bill seeking for a loan to the National Assembly, which has been approved and part of the approval is to pay pensioners’ arrears.

“We don’t know what is delaying it, that is why I took it upon myself to make sure that I charge the chief executives, who are handing pension matters that within two weeks they should report back to me on it.

“ Any of them that delay I assure pensioners that we will still move another motion to ensure payment.

“I have engaged stakeholders to make sure that the needful is done. I am happy to tell you that some progress have been made on the challenges of the 33 per cent arrears.

“I have given the relevant stakeholders on pension two weeks to sit and resolve matters on the pending issues of the payment of 33per cent pension arrears since the money had been disbursed,” he said.

He said he had recently engaged the three executives in-charge of pension: pencom, PTAD and the Chairman Military Pension Board and had given them two weeks to engage the Minister of Finance, the Director of Budget and the Accountant-General.

The Executive Secretary, Pension Transitional Arrangement Directorate (PTAD), Mrs Sharon Ikeazor, promised that the arrears of the 33per cent would be paid soon.

“All those that we had verified, we are completing their payment of arrears, we were able to pay six months last year.

“I assure you that this year we would pay the next one, we will make sure that all the arrears of the 33per cent are paid soon,’’ she said.

Ikeazor commended the Gov. Ibrahim Gaidam of Yobe for payment of pension in his state and promised to build a state office in Damaturu for the verification of pensioners.

“ We shall have an office in Damaturu so that our aged parents and pensioners do not need to come to the headquarters in Abuja for their verification they will get the same service there,” she said.

She, however, commended the NUP President for the completion of the building.(NAN). 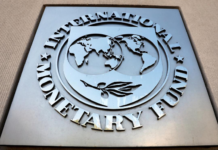 Devaluation: Naira Sells For 515 To A U.S. Dollar

April 5, 2018
We use cookies to ensure that we give you the best experience on our website. If you continue to use this site we will assume that you are happy with it.Ok