There is a raging controversy trailing the appointment of Dr Ahmed Rufai Abubakar as the substantive director-general of National Intelligence Agency (NIA).

The controversy is brewing over what Presidency insiders and members of the intelligence community consider “as a breach of national security” over the personality of the new NIA chief.

Another issue is what insiders called the Presidency’s “promotion of mediocrity, nepotism and incompetence” in the intelligence community.

Multiple sources who spoke to 247ureports.com said the new NIA chief “may compromise the security of this country because of his background.”

“Rufai was born in Chad Republic. He had his primary and secondary education all in Chad. He had a dual citizenship. Not only that he’s married to a Moroccan. Where is he loyalty lies now as head of Nigerian apex intelligence body? Will he be loyal to Nigeria, Chad or Morocco? That is our concern,” one of the intelligence chiefs said. 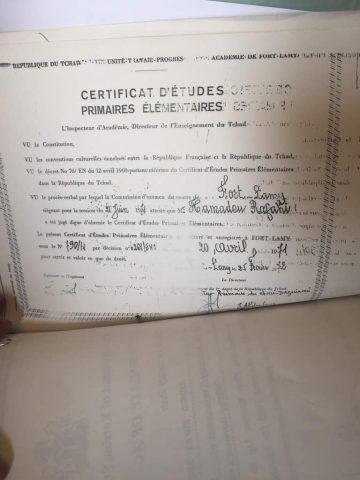 Another security chief said apart from Rufa’is dual citizenship, his competence is equally is a source of concern.

“Rufa’i retired from the NIA in 2013 to avoid being dismissed. As an assistant director in the NIA, he sat for two promotion examinations and failed. He craftily retired after failing the second exams to avoid being dismissed. This was because failure for the third time would have earned him instant termination,” the security source conversant with Rufa’i stint in the agency said.

Investigations revealed that the new NIA chief is used to violating the extant civil service rule. Rufa’i was a level 12 Officer in Katsina State Civil Service when he was transferred to the NIA and placed on Level 14 by Talban Katsina Ambassador Zakari Ibrahim.

After leaving the agency, he somewhat became an informal personal assistant to Ambassador Babagana Kingibe, who took him to Darfur and later secured an appointment for him as Senior Special Assistant to the President on foreign affairs, another source said.

Explaining the web of intrigues surrounding his appointment, another presidency source. fingered Kingibe and Zakari on the latest twist.

“Interestingly it was Kingibe, Talban Katsina and Horsfall (all former NIA chiefs) who were appointed to investigate the recovery of the $43million dollars found at Ikoyi apartment. The duo must have recommended his name, I suppose. It was Kingibe through Kyari that got him the post of SSA on Foreign Affairs. This was done to cover up the actual involvement of some Presidency power brokers in the Ikoyi cash haul”, the source said.

Another issue that sent tongues wagging was that of nepotism and clannish attitude of the Buhari administration.

The new NIA chief is from Buhari’s gone state of Katsina just like his counterpart in the Department of State Services (DSS), Lawal Daura.

“The concentration of security chiefs in the north and Katsina in particular, speaks volumes and portray the Buhari government as ethnic and clannish,” a source close to the government said.

“This development is portraying the Buhari administration as ethnic, religious and clannish. These appointments are all from the north and they are all Muslims. That is what it means,” the source said.

All these appointments are done not to serve the north or Muslims, but to serve the interests of some selected few who constituted themselves into a cabal that control the Buhari government, another insider said.

“By their actions, they portray the administration in bad light. That is why am saying even the appointment of Rufa’i as DG of NIA was to serve their interests,” the source said.

It is left to be seen how the new NIA chief will work in the agency he was considered too incompetent to even get promotion. “I think there are some elements who are bent in undermining this government. With the latest NIA saga, I believe they seem to be succeeding,” the presidency official who declined being named because of the sensitivity of the matter said.

March 20, 2018
We use cookies to ensure that we give you the best experience on our website. If you continue to use this site we will assume that you are happy with it.Ok