he spate of killings by suspected herdsmen on Thursday spread to Orin-Ekiti in Ido/Osi Local Government Area of Ekiti State.

A pregnant Tiv woman was hacked to death by those referred to by the locals as “Bororo herdsmen” at the town’s Farm Settlement in the early hours of the day.

The killing took place barely 48 hours to a referendum in the town on the vacant throne on the Olorin. The indigenes are expected to vote “YES” or “NO” on the number of ruling houses in the community.

One of the elders of the town, the Onikare of Orin-Ekiti, High Chief Bamidele Fasuyi, said the referendum will go ahead as planned on Saturday despite the killing incident.

The State Commissioner of Police, Abdullahi Chafe, when contacted on the telephone said he was away from the state on official assignment.

An indigene of the town who is a former Chairman of Ido/Osi Local Government, Prince Sanmi Olubummo, who confirmed the incident in a telephone chat, disclosed that another victim of the attack was receiving treatment at a hospital.

Olubummo said policemen from Ido-Ekiti Divisional Headquarters visited the scene of the killing saying the situation was calm.

He said: “The incident happened inside the Orin Farm Settlement. Nobody knows what led to the crisis in the early hours of Thursday but our people said the Bororo herdsmen killed the pregnant woman.”

But the Regent and the Olorin-in-Council has said it would hold a referendum on Saturday to resolve controversies surrounding the royal stool.

There are three Ruling Houses in the town: Famokiti, Olubummo and Idimehinsuwon. But there is a controversy over the acceptance of Idimehinsuwon as one of the ruling houses.

A statement signed on behalf of the Olorin-in-Council, by the Onikare, High Chief Fasuyi, urged the ruling houses to make their representatives available to witness the referendum.

“The referendum is aimed at the community’s populace who are the stakeholders on the issue of who rules them to publicly express their candid opinions on the matter of who is entitled to rule over them.”

“This referendum is the interest of the whole Orin-Ekiti community,” the statement said.

The latest killing was coming barely four days after a herdsman, Babuga Dengi, was killed by people suspected to be Tiv farmers at a location between Oke Ako and Irele communities in Ikole Local Government Area. 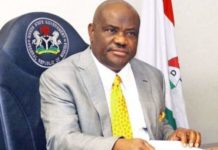 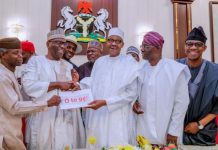 APC Appoints Sanwoolu, Dogara, 102 Others To Akeredolu’s Campaign In Ondo

May 23, 2018
We use cookies to ensure that we give you the best experience on our website. If you continue to use this site we will assume that you are happy with it.Ok