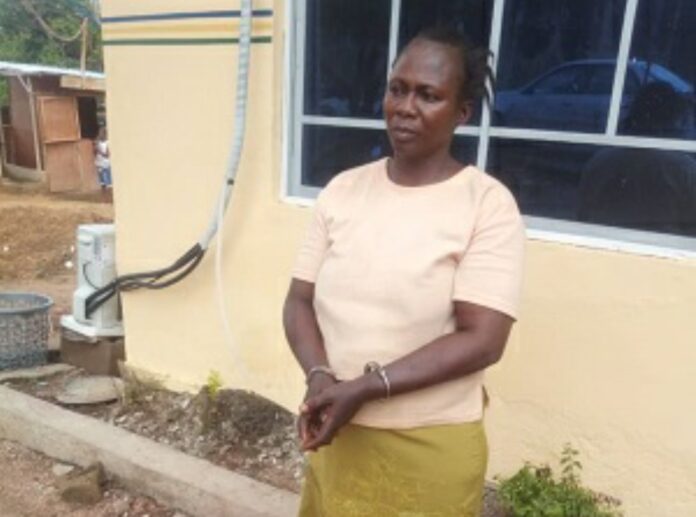 Operatives of the Inspector General of Police Intelligence Response Team (IRT), have uncovered two wells, at Ejigbo area of Lagos State, which they said is been used in siphoning and selling petroleum products from a pipeline belonging to the Nigeria National Petroleum Corporation (NNPC). Police sources disclosed, that two suspects, identified as Vitoria Ogunsomi and Shafe Abayomi, who are believed to be owners of the wells located on No. 4 and 2, Surprise Avenue Ejibgo, Lagos, were arrested when operatives of the IRT headed by Deputy Commissioner of Police, Abba Kyari got wind of their activities. It was discovered by a team of operatives that Ogunsomi and Abayomi dug 75 foot wells in their compound, which is located few meters away from the NNPC pipeline, and they connected pipes with submissive pumping machines into the well linking with the pipeline.
Sources explained that whenever the NNPC is transporting its products along the pipeline, Ogunsomi and Abayomi, whose buildings are located side by side, will put on their pumping machines and syphon the products into jerry cans and tanker trucks. It was learnt that the suspects who were alleged to have made millions of naira from the illicit business, ran into trouble when IRT operatives got wind of their activities through intelligence from some residents of the area who were scared of their activities as it could lead to massive fire outbreak that could have devastating effect in the area. The source said; “we got calls from a resident in the area who alerted us about the activities of Mrs. Victoria and Mr. Abayomi who are residents of Surprise Avenue, and alleged that residents have been siphoning petroleum products from NNPC pipeline located close to their area. The source told us that these people have Wells, which has underground pipes connected to the NNPC pipeline within area.
“The source told us that whenever the NNPC is transporting it products along that pipeline, their products usually surge into those wells and they are swiftly pumped into tanker trucks by owners of the Wells. The source told us that the big trucks normally come by night to carry the products. When we acted on the information, we stormed the buildings and found the wells with pipes and pumps in it and the stench of fuel was every. At Mrs. Victoria’s apartment we found jerrycans filled with petroleum products, but Mr. Abayomi smartly dismantled the pipes and pumping machine in his own Well before we arrived in his own compound. “But we are currently working on tracing and apprehending people who have been buying these stolen products from them.” He stated.
According to the suspects, Vitoria Ogunsomi, who is 58-year-old and her neighbor Shafe Abyomi, said that they are not pipeline vandals, but that they have regularly scooped petroleum products from the ruptured NNPC pipeline located close to their house.

They added that the petroleum products flow into their wells and they sell them to people in their neighborhood. According to Ogunsomi, “I am from Okitupupa area of Ondo State. I have three children but I am a widow. My late husband bought the land where we built our house in 1984 and we dug that well in the year 1999. We were using to water, but we later discovered that there was petrol in it.
“We contacted and alerted our landlord Association about it and we all agreed that we will go to the police station and the Local Government but hey advised us to go to NNPC and the NNPC sent two delegates to know what was happening. The delegates came and took sample of the water. After that they didn’t come again. I have been arrested before because I sold just three jerrycans of this petrol to someone by SARS operatives in 2016, the police released me and warned me never to go close to the well again. I am sorry that I went back to it again and I was arrested.” She lamented 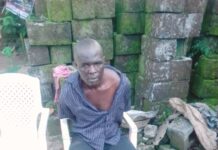 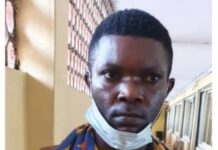 Ikorodu Man Arrested For Raping And Impregnating His Teenage Daughter

December 29, 2018
We use cookies to ensure that we give you the best experience on our website. If you continue to use this site we will assume that you are happy with it.Ok