The EFCC [Economic and Financial Crimes Commission] is engulfed in the internal turmoil within the ranks of the anti-graft agency which is threatening the subversion of the smooth operation of the Commission, http://247ureports.com reports

According to available information, the Ibrahim Magu led EFCC appears determined on having the police operatives as the chief operators of the anti-graft agency in order to enable the acting chairman operate the Commission as he deems fit.

Recently, a police officer who just got promoted last week from a lower to higher rank was placed over the Core EFCC staff as the leader. Reacting, the EFCC Core staff refused and said it was wrong based on law enforcement rules.

The young police officer took the reaction of the EFCC core staff to the Head of Operations at the State Office. The Head of Operations, who happens to be a police officer, notified Ibrahim Magu of the protest by the EFCC Core staff. Ibrahim Magu acted to immediately transfer all the Core Staff in the team to other State Offices. Their transfer were affected last week.

While importing fellow corrupt police officers into the anti-graft agency, Ibrahim Magu had also stagnated the promotion of EFCC Core staff, “so he could continue to place newly promoted police officers over them”. According to our source, “double promotions for different sets of EFCC Core Staff had been stalled, since Ibrahim Magu assumed office”.

Ibrahim Magu suffocation of the EFCC Core staff has in turn fueled internal turmoil within the EFCC between the core staff and the police officers – “thereby frustrating the EFCC core staff into resigning their employment, since they do not have the ears of President Muhammadu Buhari who has feigned ignorance of the plight of the staff members”.

According to sources, there are Core EFCC Senior Staff who have the requisite experience to man the Department, but the usual Magu of EFCC, would not allow fair play within the Agency. Rather, the Anti-graft Agency’s Boss encouraged Crisis of supremacy between EFCC Core Staff Members and Seconded Policemen. “Magu of EFCC brought in a former senior police staff to come and head a sensitive department at the anti graft agency. This is sequel to the expiration of tenure of the EFCC Core management director, who just retired from service”. 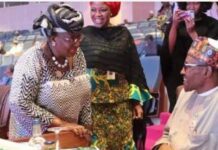 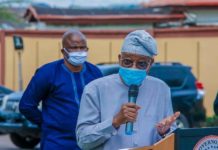 June 20, 2019
We use cookies to ensure that we give you the best experience on our website. If you continue to use this site we will assume that you are happy with it.Ok