Speaker Femi Gbajabiamila had announced Elumelu as the Minority leader as against Hon Kingsley Chinda who was favoured by the National Working Committee (NWC), a development that did not go down well with the PDP who summoned Elumelu and his colleagues to appear before the party.
In suspending Elumelu and his colleagues, the PDP NWC hinged its decision on the alleged refusal of Elumelu, and other PDP lawmakers to appear before the committee on Friday morning at the Wadata House.
But in a statement made available to The Nation in Abuja, the Minority Leader said they got the invitation to appear before the party late on Thursday when they had travelled out of Abuja.

He said that out of the respect for the party, he instructed his Special Assistant to notify the party in writing, conveying their inability to honour the party’s invitation as directed and sought for another day to appear only for the party to hastily suspend them, in flagrant contravention of the principles of fair hearing. Hon Elumelu said he and his colleagues selected to lead the opposition parties in the House of Representatives didn’t contravene the laws regulating the selection of members into leadership positions and wondered why his party suspended them from the party they have strengthened over the years.

The Minority Leader noted that their selection as leaders by their colleagues of the minority parties was in strict compliance with Order 7, Rule 8 of the House of Representatives.
He said: “As loyal party members, we had thought that the PDP NWC would have availed us the opportunity of fair hearing, robust and constructive engagements before taking such drastic action on elected representatives who have over years, strengthened and protected the corporate interest of the party and Nigeria in general.

“We have become good ambassadors of the PDP and we don’t deserve this kind of treatment. Our alleged suspension negates the spirit and letter of fair hearing which is at the heart of the 1999 Nigeria Constitution and extant laws of the land.
“We love PDP and we are ready to meet with the party leadership as we have no other party to call our own than the PDP. We, therefore, call on the NWC to rescind its decision of suspending us, in the interest of the PDP, the National Assembly and Nigeria as a whole.” 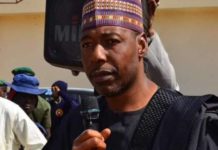 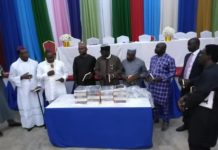 Diekola Arrest: We Are Vindicated – Oyetola

June 11, 2019
We use cookies to ensure that we give you the best experience on our website. If you continue to use this site we will assume that you are happy with it.Ok