History does matter. ‘It has a way of repeating itself’, and has shown clearly that ordinary calculation can be upturned by extra-ordinary personalities. In the case of Professor  Lillian Imuetinyan Salami, a home economist/nutritionist and former Dean of the Faculty of Education, her recent appointment as the second female vice-chancellor after Grace Alele Williams, and the 10th substantive vice-chancellor of the University of Benin, Edo State, the ancient argument whether circumstance or personality shapes events are settled in favour of the latter.

Expectedly, torrents of accolades may have been received from Nigerians of goodwill with more expected for this unique achievement. However, I must confess that since that announcement, despite my familiarity with social responsibility postulations-which teaches that every freedom must go with a responsibility, each time I remember this feat; fears which leave me lostin the maze of high voltage confusion comes flooding.

The reasons for this confusion stems from two similar but separate sources.

While the first flows from the general decadence in the education sector and where to find the will power to revamp it- a challenge which was detailedly explained in a recent intervention, and will form the plot of the present piece, the second is UNIBEN specific; and rooted in a new awareness that if what is happening in other tertiary instituting schools in the country is a challenge, that of the University of Benin is a crisis.

The protest by students of the institution on Friday 1st November 2019, to register their grievances over the poor state of infrastructures and incessant fees charged by the school authorities support this assertion.

As the subsequent paragraphs will reveal, University of Benin has in recent years,  for yet to be identified reason(s) defined leaning too narrowly in a manner devoid of process and outcome fairness; Got preoccupied with revenue generation without consideration to the students comfort or wellbeing; identify errors among  students without beaming searchlight on internal occurrences.

Forgetting that ‘if learning must persist, teachers must also look inward, reflect critically on their own behaviour, and identify the ways they often advertently or inadvertently contribute to the institution’s problems and then change how they act’.

From the shocking phenomenon of declining standards of physical infrastructures and the near-total collapse of basic facilities that ought to be functional in a tertiary institution, to thoughtless demand for fees of varying amounts proposed by the school authorities ahead of logic-a development that is financially squeezing the life out of the innocent students and their parents. From congested lecture halls to inexplicable delay in allocation of hostels to the new students for a whole semester even when the hostel fees were paid before resumption.

Clearly, a major action that has caused concern for the students and brought dropping spirits among parents is the seeming neglect of the student’s hostels by the school authority to be overtaken by bushes, making it convivial for reptiles/rodents to struggle for spaces with students.

And tragically unique is the revelation by the students that these hostels are left without portable water or electricity due to the school authority’s inability to neither power the school generator nor settle their indebtedness to the Electricity Distribution Company (DISCO) that services the region.

These are not only verifiable facts but a reality for all to worry about -and the new Vice-Chancellor to act upon.

Regardless of what others may say, it will not be characterized as an exaggeration to state that the students of this institution are knowledge-hungry; that they are innocently asking for quality and affordable education delivered in a conducive/habitable environment laced with portable water and stable electricity.

But as the present situation in the school reveals, one may be propelled to ask; what form of education should parents expect from their children receiving lectures in congested lecture halls and dwells in school hostels with the attributes earlier described?

As a matter of fact, each passing day at the University of Benin brings more evidence that the school is facing serious administrative emergencies-that demand immediate actions to sharply reduce the financial pains suffered by both students/parents simply because they went to the University of Benin which as at my last check supposed to be a Federal Government-owned.

Specifically, one event in recent years that probably did more than anything else to convince Nigerians with critical interest to look differently at the out of ordered situation in the school was the catastrophic demand of fifty thousand Naira (N50, 000, 00) only, as the cost for the purchase of change- of- course form from one department to the other for 200 levels students.

What is in some ways an even more brazen move and a troubling manifestation of how seriously off track UNIben has taken Nigerians, is the demand from new students the sum of N63, 000.00 for Education, Management and Engineering faculties, while Medical students are made to cough out   Seventy Five thousand (N75, 000.00), only as acceptance fees.

By this analysis, the UNIben’s clumsy and discomforting attitude to the fresh students is led bare.

Against this backdrop, the question that, therefore, begs for an answer(s) is; how did UNIben arrive at the above fees in the first instance?

As the whole University community and, of course, the watching world awaits your assumption  of office come Tuesday 2nd December 2019, it is important to state that the university needs a new vision and students-friendly reforms and policies that will re-engineer quality and affordable educations.

If you do nothing about this, it simply means our youths, and the nation by extension is faced with bleak future. Conversely, if you are able to correct the above challenges; it will be your most powerful accomplishment for earning new respect and emulation.

Finally, one point to remember is that, bringing a radical improvement or achieving sustainable development in a way that both protects the rights and opportunities of coming generations will not be possible if you present yourself as all-knowing, selfless, more intelligent or good looking than other stakeholders.

Remember! It’s not impossible that attitudes that impeded progress all these years may still be alive and active. 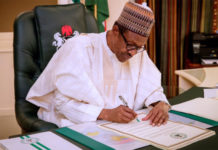 Reflections On Buhari’s Executive Order No.10 By Jideofor Adibe 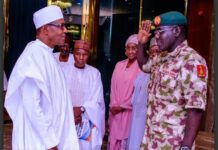 How Buhari’s 5 years inspired the military to top form

Nigeria’s 5 years of a turnaround under Buhari

Christopher Okaeben: A Case of A Thief Crying Foul

Why Ndi Anambra Should Vote For Obiano By Emma Offor

November 10, 2017
We use cookies to ensure that we give you the best experience on our website. If you continue to use this site we will assume that you are happy with it.Ok